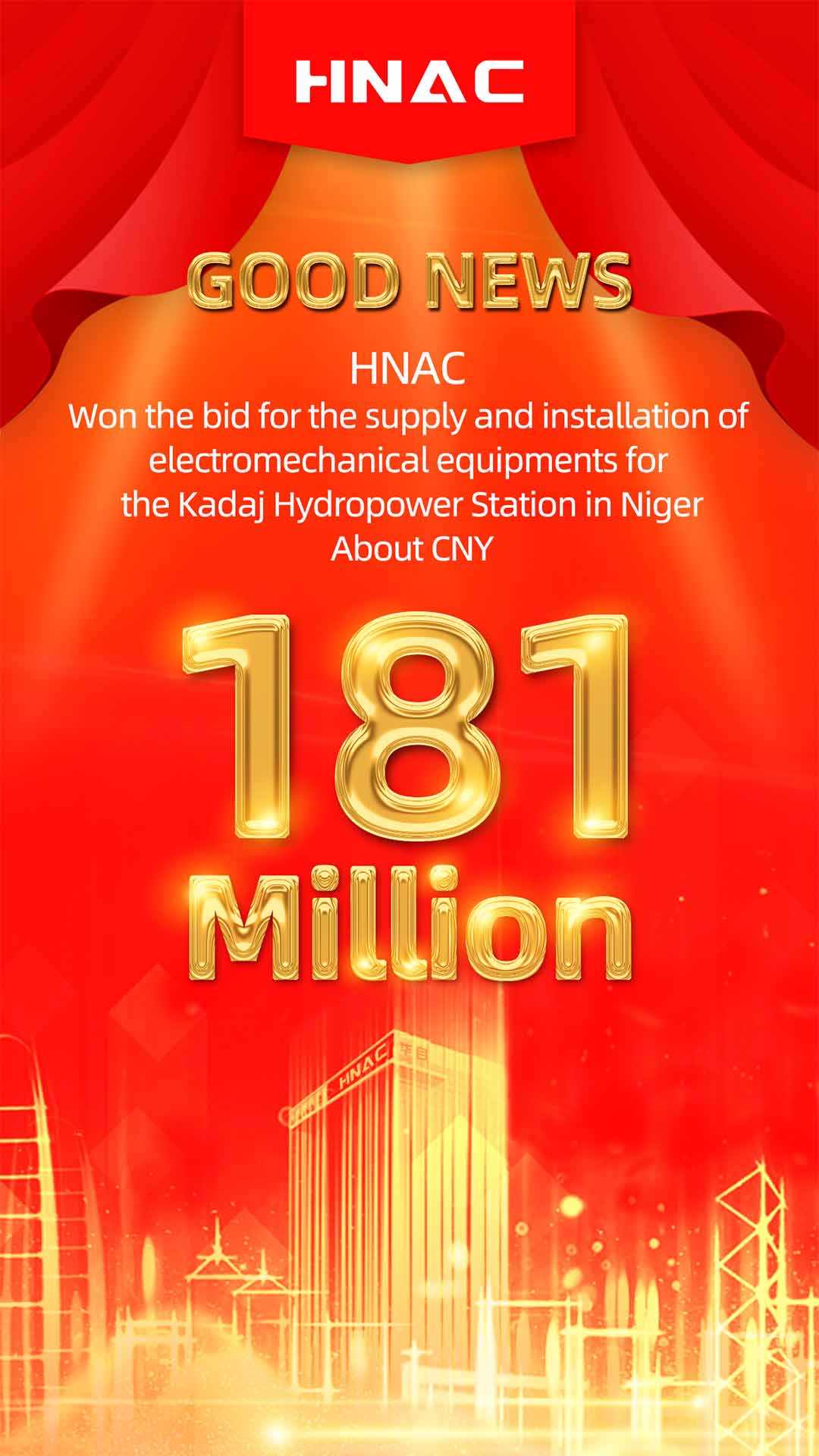 Recently, the company received the "Notice of Winning Bid" issued by China Gezhouba Group International Engineering Co., Ltd., confirming that HNAC was the winning bidder for the mechanical and electrical equipment supply and installation project of the Kandaji Hydropower Station in Niger. The winning bid was US$28,134,276.15 (equivalent to approximately CNY 18,120.72 Ten thousand).

The Kandaji Hydropower Station in Niger is one of the important projects of the “One Belt, One Road” initiative. The power station has an installed capacity of 130 MW and an average annual power generation of approximately 617 million kilowatt-hours. It is by far the largest hydropower station in Niger. The project is located about 180km upstream of Niamey, which is the capital of Niger. It focuses on power generation and takes into account both water supply and irrigation. After the project is completed, it will greatly resolve the power supply shortage in Niger’s capital Niamey and its surrounding areas, help Niger get rid of the difficulty of relying on imports for electricity, and promote local economic development. During the construction of the project, it will also provide multiple jobs to cultivate a large number of technical talents for Niger.
In recent years, the company's business in Central and West Africa has developed well, and its products and services have taken root in Sierra Leone, Senegal, Central African Republic, Equatorial Guinea and other countries. The winning of the bid will further expand the company's influence in the West African market. The company will also take this opportunity to continuously improve its service level and contribute to China-Africa cooperation.